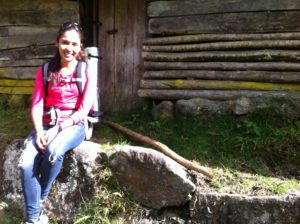 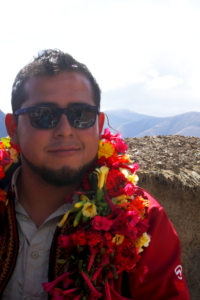 Juan Antonio Chinchilla Martinez, comes to EIA from Honduras. He completed his studies at the Panamerican Agriculture School, El Zamorano. He is an Environment and Development Engineer. Juan has worked in different areas throughout his professional life, beginning in the waste management field. He quickly realized that rural development is a holistic matter that needs to be seen from different perspectives to make a project successful.

His dream and life goal is to empower communities and give them the right tools to achieve development. He realized some time ago that his expertise can be highly useful for the improvement of those who haven’t been so blessed in life. Juan works every single day changing the world one smile at a time, one community at a time.

Bruce Rydbeck is a member of board of directors of FEIA-Ecuador, which shares his experience of having worked in Ecuador for more than thirty-five years. Lives in Ecuador and he´s the international director of the potable water projects of Kawaypak Yaku, a Christian Kichwa mission. He used to be director of potable water projects for Desarollo Comunitario Vozandes. Before he´s worked in Ecuador, worked for ten years as an engineer in the United States of America. Has also worked in projects in Peru, Kenia and Colombia which had included hydroelectric plants, smaller dams, hospitals, clinics, churches and potable water systems.

The engineer Rydbeck has received his title in Civil engineer from Clarkson College, and his master’s degree in Civil Engineer in Wheaton College, Gordon-Conwell Theological Seminary, and the catholic university of Quito. He has a title of ´´Professional Engineer´´ in Massachusetts in the United States and is a member of American Society of Civil Engineers, American Water Works Association, and Civil Engineer School of Pichincha.