Engineers in Action > Our Story > Board of Directors > Julie Guy 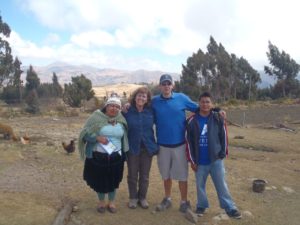 Julie Guy, PE, received her Civil Engineering degree from The University of Vermont in 1976. She has worked in the consulting engineering business in Oklahoma for her entire career beginning at Mansur-Daubert-Strella, Inc, and retiring from Guy Engineering Services, Inc. in Tulsa in 2016 where she served as President since 1996. Mrs. Guy is married to Stephan Guy and they have 2 children and 4 grandchildren.

Mrs. Guy became involved with Engineers in Action at its birth in 2008 as the opportunity to offer engineering skills to people in real need was a calling. She has visited Bolivia 4 times: 2009, 2011, 2014, and 2016 attending EIA Staff Retreats each time. Mrs. Guy has served as Secretary for several years, Vice President, President in 2015, and is currently active in fundraising and is Intern Coordinator.