Engineers in Action has received the donation of much needed surveying equipment and software for use by our Engineers in Action (EIA)/ Engineers Without Borders (EWB) engineering team in Bolivia. The equipment will be used on several projects in Bolivia, including water supply and distribution, erosion control, irrigation, bridges, and other infrastructure.  Guy Engineering Services in Tulsa, OK  coordinated the donated. Their staff and owners have enthusiastically supported EIA/EWB with numerous trips and fundraising efforts supporting the citizens throughout Bolivia.

Chris Cauthon,RLS, Guy Engineering land surveyor, has purchased a new Topcon total station and accessories. He is donating the equipment to honor the memory of his wife, Carol R. Jarrett.

“Carol traveled to Cotani in 2009 to assist with construction of eco-latrines. She fully enjoyed the trip, the people, and the beauty of Bolivia”, commented Cauthon.

Through the generosity of Ozark Laser and Shoring, Guy Engineering was able to secure the equipment for a special price. Carlson Software has made a donation of Carlson Civil and Surveying software and Carlson SurvCE software.  Together, Carlson Software and Juniper Systems donated a new data collector, the Carlson Surveyor Data Collector w/SurvCE Basic. Julie Guy, President of Guy Engineering, is providing half of the cost of airfare to La Paz, Bolivia, for Hank Tremmel, Tulsa Land Surveying surveyor, to donate his time and expertise training the engineering team in the fundamentals of data collection and use of the new total station and software.  Engineers in Action will pay for the second half of his airfare. This collective effort is a great example of individuals, small businesses, and non-profit organizations working together to accomplish a much-needed goal. 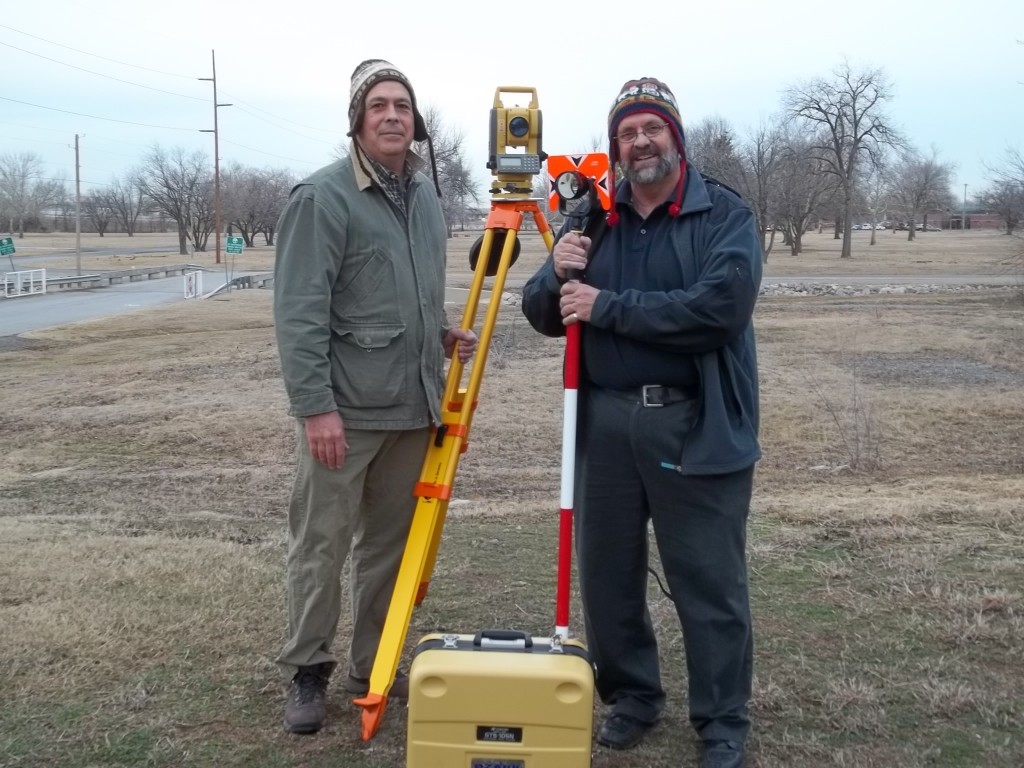 All day today, Friday, Nov. 9th, 3 Tulsa restaurants will be supporting the FAST by donating $1 for every soft drink sold! Thank you to Andolini’s on Cherry St, Leon’s on Brookside, and Leon’s in Broken Arrow!

Engineers in Action’s Annual “We Fast So They Can Drink” will be Thursday evening Nov. 8 through Sat. morning Nov. 10. We’d like to invite you to join us in this crucial fund-raising event for EIA. Your participation will help determine whether EIA will be able to add an engineer and be able to add four more projects in 2013; and thus bring potable water to four more communities. Your participation will allow EIA to save additional lives. 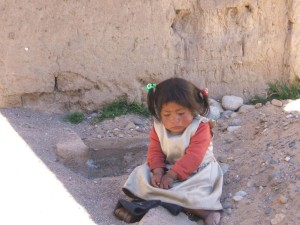 The most frustrating part of the executive director’s job is knowing the Bolivian villages that are desperately in need for water, and then having an engineering university to contact me and offer to come to Bolivia, to design, fund and help build a water well in some remote village. And then I have to say “No! You can’t come,…  because our EIA engineers are swamped with work, and we can’t afford adding another engineer. In the last 4 months we’ve had to put 3 universities on hold; and that is without advertising that we need partners.

Fees from our partners only covers about 15% of our budget. The remaining comes from individual donors, and much of that comes from the Fast.

Participation is easy! Join us in the Fast, and then ask your friends, family, and colleagues to sponsor you, much like a 5k walk-run. If you’d like to join “We Fast So They Can Drink”, please register by clicking here. The money you raise will go directly to support the salaries and logitical support of the 5 Bolivian Engineers and one Water Technician of Engineers in Action, and if we get enough fasters, it will allow us to add an additional engineer.

Once you register, we will provide you with a packet of materials including:    • Sample email you can tweek, edit and send to family and friends   • A page on our website to place your photo, a comment about why you are fasting and a place where donors can give using PayPal.   • Sign-up Sheet for Donors   • Hand out to Donors

The 2012 Engineers in Action FAST raised almost $30,000! Thank you to everyone who contributed and fasted with us!  If you are still interested in contributing, please go here.

Engineers in Action Board Members, Friends and Family Fasted For 36 Hours From October 20th at 9:00pm to October 22nd at 9:00am

In solidarity with our sisters and brothers who live in extreme poverty, we are putting ourselves in the shoes of someone who is hungry, really hungry, by fasting for 36 hours and drinking only tap water, for 36 hours.

To donate to one of our Fasters, please go here.

Engineers In Action Board Members, Friends and Family to Fast For 36 Hours From October 20th at 9:00pm to October 22nd at 9:00am

In solidarity with our sisters and brothers who live in extreme poverty, we are putting ourselves in the shoes of someone who is hungry, really hungry, by fasting for 36 hours and drinking only tap water, for 36 hours.

If you are interesting in fasting with us, please sign-up here!

To donate to one of our Fasters, please go here.

“I believe in helping people who don’t have anything. We take things so much for granted here. Even clean water is a luxury that must be appreciated.”
— Angelo Amabile, owner, Piatto

Join us on May 2 for a wine dinner that combines the taste of Italy and the culture of Bolivia. Enjoy a full four-course meal while giving your support to EIA’s continued work in Bolivia.

Half the proceeds from this dinner go to supporting EIA’s operations and civil engineering projects in Bolivia. From clean, potable water to irrigation systems to eco-latrines, these projects have saved the lives of some and given others a chance for a healthier life.

The family of Grace Schmid made a generous $10,000 donation to Engineers In Action from her estate this past month. The donation will go toward the salary and administrative costs of an engineer for EIA.

Grace Schmid lived an incredible life. Her parents were Swiss farmers who came to the US at the end of 19th century. Grace was born in the US in 1903 and passed away in January of 2009 at the age of 106!

Grace was born on a farm, but didn’t stay there. She went to college in the early 20s and graduated with a degree in social work from the University of Nebraska.  Grace later went on to the University of Chicago where she earned her Masters in social work. At the time of her death, she was the oldest living alumni of both universities!

She began her work in Wyoming with the Department of Social Services.  During WWII Grace worked on an Indian Reservation in Wyoming, providing care and support for the poorest and most desperately in need persons in the state.  Grace advanced in the ranks of the Department of Social Services and eventually was named the Director of the State Agency, a position she held until her retirement.

Retirement from the State of Wyoming didn’t mean she was going to slow down. As a single woman, she had the opportunity to travel – and she loved to travel. She had a passport in the 1920s and traveled the world before WWII broke out. When she retired in 1945, she and another single woman decided to drive the newly built Alaska Highway. The “highway” turned out to be a dirt/mud road cut through the Canadian Forest. In several places, GIs had to push them out and through the mud. Grace’s last trip to Alaska was when she was 94 years old. She didn’t stop driving a car until she reached her 101st birthday!

Grace was too active to stay retired. She did several other jobs and eventually bought and ran her own small apartment complex. She managed that apartment complex until she was 102 years old! At 102, she finally decided it was time to retire!

Grace obviously had a great heart for those in need. She spent the majority of her working life supporting and encouraging the neediest folks in Wyoming. She spent a significant portion of her resources helping family members to go to college.

Grace Schmid’s combined interests of helping those in need and her love of world travel inspired her family to share a portion of her estate with Engineers In Action to help improve the quality of life for the poorest people in South America.

EIA is honored to be the recipient of this generous donation from this remarkable woman.

Thank you to the family of Grace Schmid.

Engineers In Action is sponsoring a Concert & Banquet Tour to raise funds for the four EIA engineers in Bolivia (who make from $450-600 a month). EIA facilitates projects in potable water, sanitation, irrigation, mine waste water clean-up, bridges and other basic infrastructure projects in remote areas of Bolivia… LEARN MORE

We were able to raise over $10,000 from our fast with all your help. Thank you all SOOOO much. Many lives will be improved through your generosity.