Engineers in Action > Our Story > Board of Directors > Rodolfo Aguirre 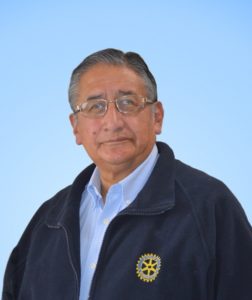 Rodolfo Aguirre is a geologist graduated from San Andres, the Public University of La Paz, Bolivia. He started his career with Iris Mines and Metals which later was reorganized as Comsur, the biggest private Bolivian mining company at that time, where he reached the position of Superintendent of Geology.

He worked also as Senior Geologist for Anschutz Corp., having participated in the development of the Chicote Grande project, a massive tungsten ore body, where he reached the position of Project Manager. From 1985 to 1997 became a shareholder and Operations Director of Mintec S.A., a consulting company specializing in mining, where he participated in the exploration and development of several mining projects.

From 1998 through 2011 he worked for Minera San Cristobal S.A. a subsidiary of Sumitomo Corporation of Japan, first as Project Coordinator and later as Technical Manager. San Cristobal is the biggest open pit operation in Bolivia (40,000 TPD) and also is the biggest mining investment to date (1.4 billion US$).

At present Rodolfo is retired and dedicated to his Rotarian activities, he is also President of Fund Acción a nonprofit organization that manages Cerequem (Burn Rehabilitation Center) and also he is VP of FIEA Directory.