Engineers in Action > Our Story > Board of Directors > Ron Niehaus 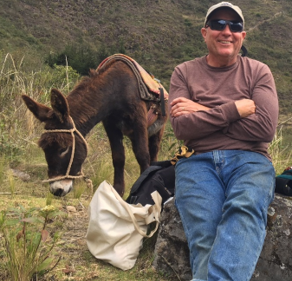 Ron has extensive experience in engineering project management, operations research, and data analysis. He has been a long-time member of Engineers Without Borders (EWB) and has worked on a flood mitigation project in Guatemala with EWB.  He also worked on a water distribution project with EIA in Bolivia.

Ron is interested in evidenced-based approaches to improving the efficiency and sustainability of development projects.  He was drawn to EIA because EIA has a model that sets the stage for both near-term and long-term success. First, EIA provides the sustained indigenous in-country expertise that Ron feels is critical to the immediate success of individual projects.  Second, EIA provides opportunities for service learning, which engenders a sense of global understanding that is critical to the long-term success of the entire planet.