Engineers in Action > Our Story > Board of Directors > Stephan Guy 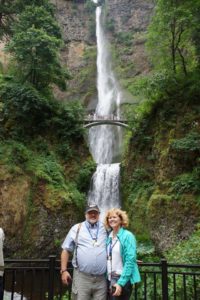 Stephan Guy is Board Treasurer and past President for Engineers in Action. He retired from ONEOK, Inc. in 2010, after 34 years. Besides EIA, Steve also serves as Executive Director for Osage County Tourism and is on the Board of Green Country Marketing Association.

Mr. Guy started work for Oklahoma Natural gas Company, a natural gas utility in 1976. He held a number positions over the years as a Civil Engineer, Manager of Operations (1982-86), Manager of Gas Control (1986-90), Vice President of Gas Supply (1990-1997) working gas supply acquisitions, R/W, and pipeline control ; became Vice President of Operations in 1997; managed ONEOK Natural Gas Transportation and Storage Company which beginning in 2001 included midstream operations. Most recently he was the Senior Vice President of Technical & Corporate Services at ONEOK (7/2007-2/2010) and President of Pipeline Services at ONEOK Partners (1/2006-7/2007). Steve was a part of various acquisitions including; gathering and processing, natural gas liquids (Frac plants, Storage, transportation and distribution pipelines) and interstate pipelines.