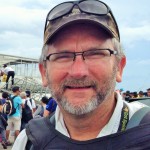 Rod is a registered Professional Engineer with over 33 years of civil engineering experience in the United States and throughout the developing world. He was the founder and President of an engineering consulting firm in Illinois for 25 years. He also has over 10 years of experience working as a water, sanitation, and hygiene (WASH) engineer on development and disaster response assignments.

Rod earned his Bachelor of Science, Civil Engineering degree from the University of Wisconsin, Milwaukee and his Masters of Science degree in International Public Service from DePaul University in Chicago.

In recognition of his desire to spend the balance of his career in the NGO field, Rod sold his firm to key employees in 2015 and began to contact organizations that he had worked with in the past to explore potential positons. Although several excellent opportunities quickly emerged, Rod recognized that he was best suited to join EIA and accepted the position of Assistant Executive Director in early 2015.

He was especially attracted to EIA because of the organization’s emphasis on building the capacity of national engineers and by EIA’s emphasis on improving the lives of communities that are most in need of a helping hand. In October 2015, Rod became Executive Director.

As Executive Director, Rod spends much of his time travelling throughout North America and Latin America. He oversees all EIA operations, coordinates with partner agencies and NGOs, promote awareness of EIA’s programs, develops new programs, and explore opportunities to expand operations into other countries and regions.