The Papachacra community is located about 70km west of City of Tarija, capital of the Departamento de Traija (State Capital) in the southern state of Bolivia bordering with Argentina. Papachacra has an estimate of 130 families living on the community and their main subsistence form of living is farming where they grow potatoes, corn, wheat, barley, etc. for their own use.

Several years ago, a non-profit organization installed the potable water system for the community’s population at the time. But since then the number families doubled in population making their water supply insufficient for the whole community of Papachacra. 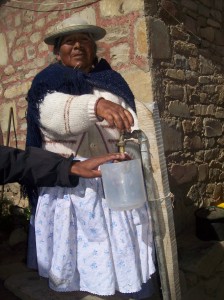 To address this issue, the community of Papachacra leaders approached EIA in 2008 hoping to find some assistance from other organizations since the government support was inexistent.

The project was presented to EWB-USA in 2008 and it was adopted by the EWB-USA chapter of Purdue University in Spring 2009. The EWB Purdue team made an assessment trip in 2009 and since then they have been working on getting funds and designing the implementation phase. The team is planning to do an implementation trip in Fall 2012. 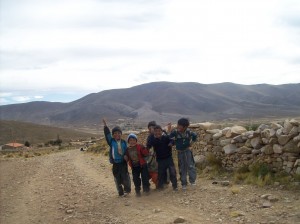