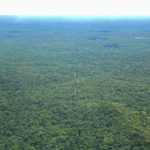 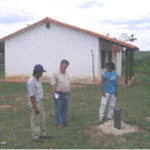 The Government left most of the wells with open well-casings at the top— NO PUMPS! Just a 3’-4’ Pipe sticking out of the ground. (HUH???)

The Chiquitano Forest Conservation Foundation (FCBC) developed a plan, funded by the Rotary Clubs of Canada and Santa Cruz, Bolivia to install 71 hand pumps on some of the existing wells.

The Next Problem: Sustainability!

Within 2 years, the FCBC discovered that over ¼ of the hand pumps were not functioning. Some had ceased to function within days of completion. It was discovered that often the problem was a simple fix, but no one in the community was responsible, nor knew how to fix the pumps.

The FCBC brought in Engineers In Action and a new plan was developed. 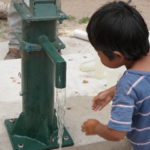 1. The FCBC provides oversight, logistical help and introduction into the communities.

2. The Canadian, Santa Cruz, and International Rotary Clubs have provided over $150,000 for purchase of a vehicle, pump parts, and new hand pumps to be installed.

3. Local Municipalities (County Governments) provide financial support by purchasing parts and pumps (which allows these to be replenished and spread across the Chiquitano) and provide a person to be trained in basic pump maintenance.

4. And Engineers In Action helps provide the Water Technician. The salary of this person (Tito Arena) is split between the FCBC and EIA. FCBC has day to day management of Tito and his work.

Duties of the FCBC/EIA Water Technician working in the Chiquitano

Considering normal Pregnancy rates, and the impact of potable water on the reduction of the infant mortality rate, this project could save as many as 500 children’s lives – EACH YEAR!

EIA hired Afnan Agromonte in 2009 to begin this project under the direction of FCBC. In 2010 Afnan moved back to La Paz to work out of the EIA office there. Today the Chiquitano project is handled by Tito Arena, a native of the Chiquitano. Step into his shoes for a month, working on the Chiquitano Safe Water Project:

Monday morning, leave the office in Concepcion and drive out to a remote community. Pick up a local designated as the “water technician” for that municipality.

GPS the site, test the water, pull and inspect the pump, make any repairs.

Train the local water technician to do all these things.

This is the challenge that Tito faces every week. What a job.

FCBC has put all of the pieces in place: the drilled wells, existing hand pumps and money to purchase additional pumps, a vehicle, parts, and a system. And they have asked us to assist in providing the KEY component: boots on the ground; a trained hard working technician who can make things happen.

We are excited to have been asked to be partners by FCBC. We’re making a difference.

During the week of June 12th to the 17th, 2 water pumps were repaired and a third was inspected, near the town of Concepción. The 2 wells that were worked on are now functional and can dispense potable water. The people in the communities where the wells are located appeared very happy to have access to clean water.

In the first community, San Lucas, the pump was functional and a community leader confirmed that the pumped had been repaired 6 months ago. In the second community, San Miguel de la Cruz, the water pump barely dispensed water. As a result, the cylinder was removed and new seals and springs were installed. After this maintenance, the well was able to pump water at a much faster rate. Finally, in the community of Monte Cristo, the pump was not functional and could not pump water. In order to understand the problem, the tubes, rods, and cylinder were removed from the well. The rods were found to be rusted and the cylinder had rusted springs and corroded seals. These parts were replaced for new ones, and after the pump was reassembled, it was able to dispense water. In conclusion, 3 water pumps have been inspected and maintained so that all 3 are currently operational.

Community members were instrumental in work this week, and appeared very grateful to have their wells functional again. In all of the communities that weʼve visited, community members have contributed their time and effort. In the places in which weʼve serviced the water pumps, at least 3 men in each community were willing to assist in the work for the entire day. Often there were men, women, and children that would gather around the well and help in any way that they could.

One women, in Monte Cristo, brought us boiled eggs as a gesture of thanks as she said that this water well meant that she didnʼt have to walk 200 meters for water. In another community, as we finished working on a water well, women and children came to the well with buckets to immediately get potable water.

These small actions suggested to me how much the community valued their functional water well.

There are 2 more functional water wells near the town of Concepción as a result of well maintenance last week. In general, the pump problems consisted of rusted rods and corroded seals. On the non-technical side of the project, the mayor of Concepción may have little awareness of the project. As far as the community members near the water wells are concerned, they have been willing to help in well repairs and were very grateful for functional water pumps.

This project alone has the potential to bring potable water to 60,000 people in Bolivia. 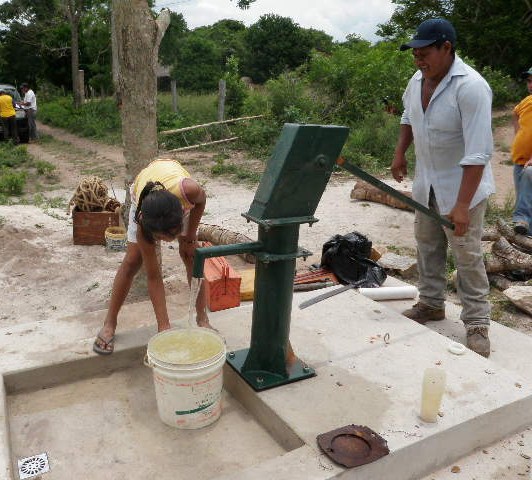